Attention Midvale Teens: Both Smoking And Vaping Put Your Smile At Risk - General and Cosmetic Dentistry - The Fort Union Dentist 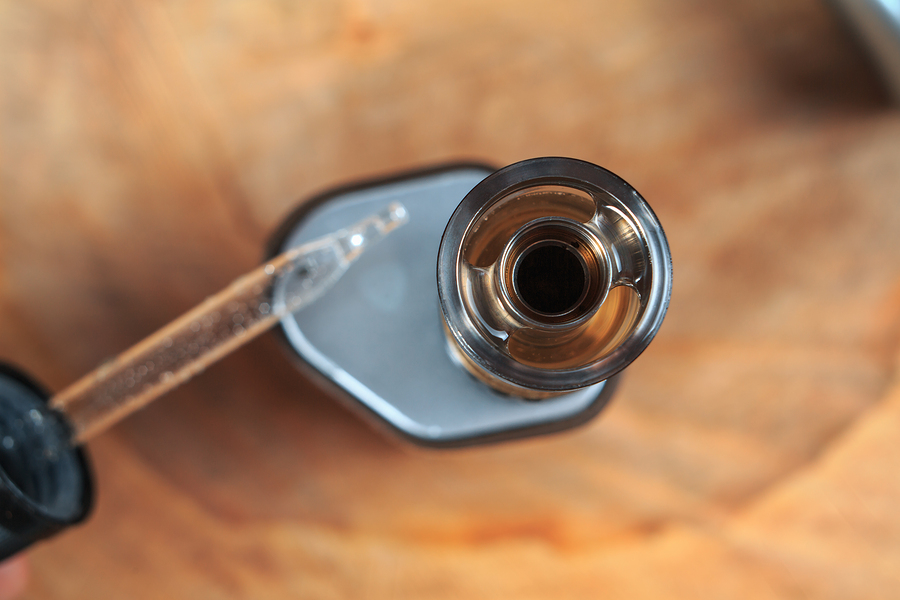 This post from The Fort Union Dentist in Midvale looks at the influences of e-cigarettes on dental health.

In a study published in the journal Oncotarget, analysts determined that e-cigarettes may cause chronic inflammation and irreversible cellular deterioration. These conditions, in turn, can result in periodontal disease, oral cancer, and tooth loss.1

Why is this article appearing on a pediatric dental blog? Unfortunately, many teenagers in the Salt Lake City area have taken up vaping. It has become an issue for dentists who provide care for adolescents.

As defined by the FDA, “E-cigarettes are devices that allow users to inhale an aerosol containing nicotine or other substances.”2

Before e-cigarettes appeared on the scene in 2005, the number of individuals who smoked traditional cigarettes had remained fairly steady. The unexpected rise in popularity of e-cigarettes, however, has launched a widespread health risk, especially for the nation’s adolescents.

“Between 2011 and 2015, the U.S. Surgeon General found e-cigarette use among high school students increased by 900 percent, with more teens now using e-cigarettes than cigarettes.”2

The Fort Union Dentist in Midvale treats patients suffering from smoking-related oral health conditions with expertise and compassion. People from Salt Lake City, Cottonwood Heights, Murray, and Sugar House come to us for general and cosmetic dentistry. Call for an appointment today!

I love the Fort Union Dentist. They have been our dentist for more than 30 years. We would never even consider another dentist.

"It had been longer than I’d like to admit since I’d been to the dentist. Mainly due to anxiety and horrible previous experiences. I needed work done and not once did Dr. Sego or his staff make me feel bad about having neglected myself. They were eager to help me feel better.

I have to laugh because at previous dentists it’s a quick cleaning and like an oil change. With Dr. Sego and his staff I genuinely enjoy talking with them. You can tell they make efforts to make people feel at ease.
Dr. Sego did and implant (and other various treatments on my teeth) for me on a front tooth and I could not be happier. Despite us having moved a good 40 min away I will happily make the drive to keep him as my dentist."

Hands down the best dentist I have ever been to! Extremely intelligent, respectful, gentle and kind!

Very friendly and quick. Staff are great as well, would recommend.

"Dr. Sego and his staff are so great! We called to get appointments for my teeth to be cleaned and because my husband was having tooth pain. They squeezed us in the very next day. My husband ended up needing a root canal, and Dr. Sego clearly laid out all of our options for what needed to be done, timing, and pricing. We chose to go ahead with the root canal, and Dr. Sego did it right away. He and his staff stayed after their closing time to finish the root canal, clean my teeth, and make sure we were comfortable. The next day, Dr. Sego personally called my husband to make sure he was doing well and his tooth was no longer hurting. Everyone at Sego Dental is so kind, and Dr. Sego really cares so much about his patients. I highly recommend them if you are looking for a dentist!"

Been with The Fort Union Dentist over 30 years. Great care for the entire time. They are very concerned with your care, will call after hours to check in on you. Thank you!

I will never use another dentist if I don't have to. They are extremely nice, professional, and without a doubt know what they are doing. I don't have to worry about time as they take care of you within 5 minutes at most times and they let you know how long it will take if they find anything.

All staff are knowledgeable, friendly and attentive. The office is clean and comfortable.

I have visited other dentists because of insurance coverage and I am so happy to be coming to The Fort Union Dental.

"I have a new dentist and I couldn't be happier. I love that they took care of my emergency! They were able to see me on very late notice on a Friday. My previous dentist canceled my appointment the day of, so I had to find someone for that same day. I made an appointment Friday morning and by lunch my root canal was done. They were very accommodating and nice. I'm leaving my family dentist and will be using these guys from now on."

"Dr. Sego and his team are awesome! Highly recommend especially to anyone that gets anxiety even thinking about the dentist!"

"Everyone did a great job. Caroline (The hygienist) did a great job cleaning and polishing my teeth. Of course, Dr. Sego did a outstanding job. I’ve been with him for many a year and I couldn’t ask for a better dentist. GOOD JOB EVERYONE."

NagiosCheckValue - Do not remove please